39 medals since the 1928 Olympics in Amsterdam 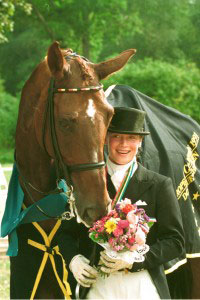 The Olympic Games of the modern era were inaugurated in Athens in 1896. Equestrian sport has been officially included since Stockholm 1912. Austrian medal winners in dressage up to now were Alois Podhajsky with bronze in Berlin 1936 and Sissi Theurer, who returned with gold from Moscow 1980.

German participants have been the superior victors since their first Olympic participation in Amsterdam 1928. Until London 2012 they gained 39 medals; 19 gold, 11 silver and 9 bronze. The training system bore champions, assisted by breeding and last but not least the trainers. Liselott Linsenhoff, Dr. Reiner Klimke, Harry Boldt and Josef Neckermann, to name just a few stars of the years after World War II, were public idols; they stood for dignified riding and behaviour and were excellent ambassadors for this sport boasting breeding, order and discipline. 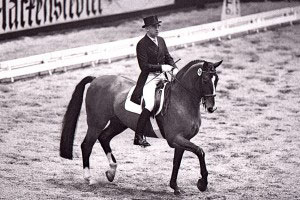 They were followed by another glorious era which seemed never to end; for instance Nicole Uphoff and Isabell Werth, Ulla Salzgeber and Klaus Balkenhol and Monica Theodorescu. London 2012 changed everything. The world of tailcoats suddenly veered to a different direction. The sport enjoyed priority, relationships with judges did not count anymore. What solely did count was performance. And thus the British team, consisting of Carl Hester on the Dutch stallion Utophia, Laura Bechtolsheimer on Mistral Hojris and Charlotte Dujardin on Valegro won Olympic dressage gold for the first time in the history of Olympic horse riding. The Germans who had forgotten defeat since Montreal 1976 – the Moscow 1980 Boycott Games excluded – finished second.

Germany competed on the Thames with a totally undiscerning team; none of the ladies had any Olympic experience, but Kristina Broering-Sprehe on the stallion Desperados, Dorothee Schneider on Diva Royal and Helen Langehanenberg on Damon Hill excellently celebrated their sport consisting of elegance, art and riding expertise and as if they had great experience. They performed as a team. That proved a new beginning of German dressage, just at the Olympics, though without the team title and individual medals. Three ladies on light-footed horses, who amazed not only Germany but also the judges And that although Isabell Werth was missing in the German team because the usual guarantor of success did not have a top horse for the Olympic Games.
The 2012 Olympics piqued, inspired new ambition. And just one year later Isabell Werth on Don Johnson, Kristina Broering-Sprehe on Desperados, Helen Langehanenberg on Damon Hill and Fabienne Luetkemeier on D’Agostino – the entire team on Donnerhall offspring – won the 2013 European title from the Netherlands and Great Britain at Herning in Denmark. And another twelve months later Germany also gained gold at the World Championships in Normandy. It was just a small setback that Germany had to bow to the Netherlands at last year’s European Championships in Aachen.
And it was neither a failure that the charming and excellent Briton Charlotte Dujardin on the gelding Valegro – the pair’s star began to shine for the first time at the CDI Schindlhof five years ago – defeated Kristina Broering-Sprehe and Desperados twice for individual gold – it could have been the other way round and wouldn’t have been wrong either. It might even happen at the Olympic Games in Rio de Janeiro in August where the German dressage team is aiming at a further gold medal and not at silver.
Dieter Ludwig / Übersetzung Ingeborg Kollbach 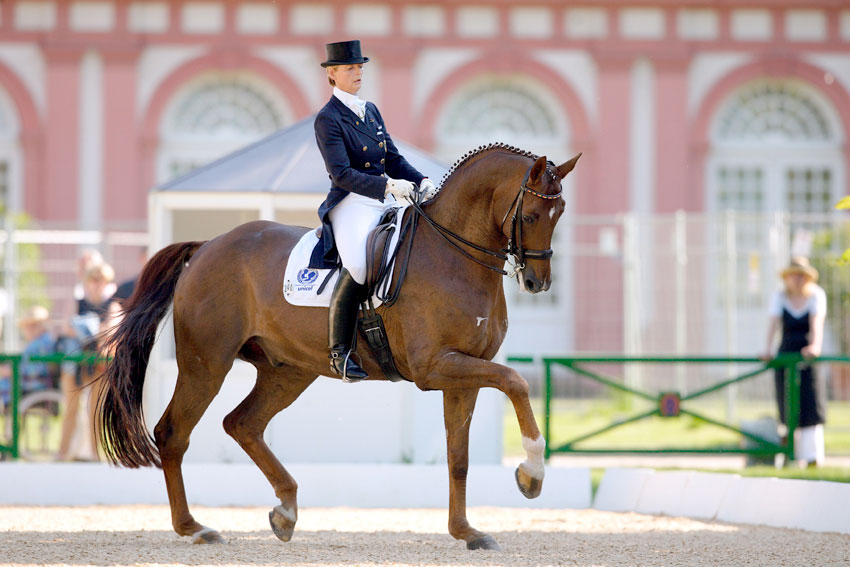